For almost two years, a partnership between Haitian Reformed churches, the PCA, and the OPC has been developing with the aim of establishing a working presbytery for the first time in Haiti. Much time and effort has been spent by our Haitian brothers in laying a solid foundation for this new important advancement of the kingdom in Haiti. Training has been provided by a variety of men, both Haitian and American, including Garry Chambers, Jean Paul, Benjamin Hopp, Octavius Delfils, Douglas Clawson, Esaie Etienne, and others. On April 15 and 16, the church leaders from Gonaives, La Plaine, Jacmel, La Gonave, and other areas in Haiti met together at the Souls Winning Ministries’ compound in La Plaine to finalize the proposed Directory of Worship for the new denomination and presbytery. In July, there are now plans for some additional training, which will be focused upon presbytery operations. The goal is to finally officially launch the new presbytery September 19–20. Representatives from both the OPC and the PCA, including some from the presbyterial level, plan to join in the September celebration. The new presbytery promises to transform Haitian church culture, introducing a strong emphasis of cooperation, sharing resources, pastoral training, church discipline, and coordinated planning for church planting and development. 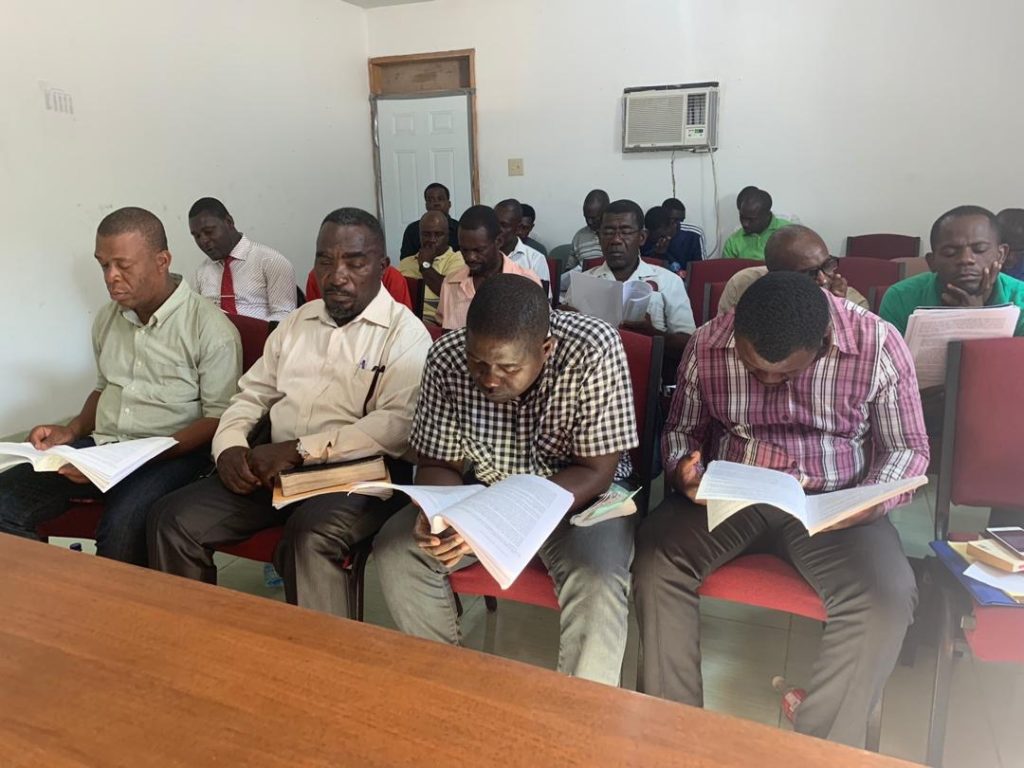